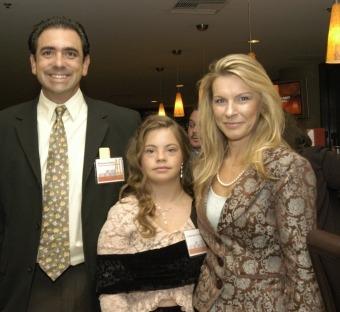 We are pleased to report that Governor Edmund G. Brown, Jr. has appointed Mariano Sanz to the California Department of Education, Advisory Commission on Special Education. Mariano is currently a member of the HRC Board of Trustee, a past president of the board, and an HRC parent.

In addition to serving HRC’s Board in multiple roles since 1992, he has represented HRC families in visits to our state legislators, and as a representative to the Association of Regional Center Agencies. He has also provided information and training to fellow HRC parents, especially those who speak Spanish, on topics such as special education and inclusion. He lives in Long Beach with wife Beatriz Cifuentes, daughter Cristina, and sons Julian and Adrian.

The Advisory Commission on Special Education provides recommendations and advice to the State Board of Education, the Superintendent of Public Instruction, the Legislature, and the Governor in new or continuing areas of research, program development and evaluation in California special education.