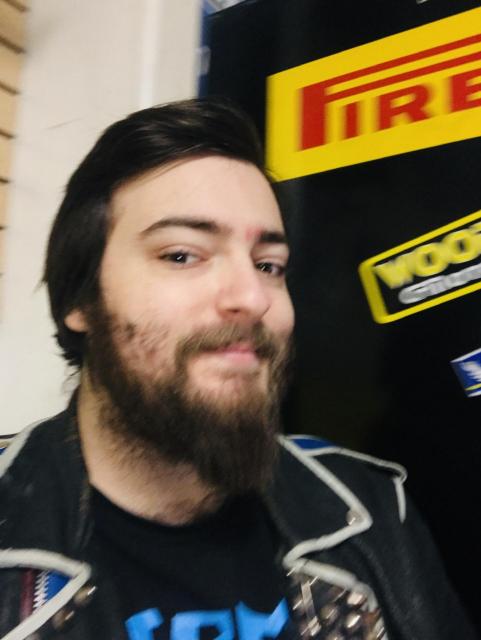 With the help and guidance of C2C I have tasted so much success. I have made my high school self very proud.

Learning has always been a bit challenging for me. When I was younger, I used to think that I was just wired wrong. High school was just a maelstrom of confusion, pain, and low self-esteem. I didn’t care about school because I learned differently than the other students and I felt so different from the average high school student. I grew up feeling like a different life form secretly living in a population of androids. Deep down, I was perpetually concerned that my fellow classmates would one day figure out that I was not one of them.

I didn’t take school seriously because I felt like my life had no direction. I didn’t know what I wanted to do with my life. Then one day there was a new policy that was implemented in my high school. It stated that staff could look through our phones at anytime for the purpose of curbing delinquent behavior (this is how I interpreted it at the time, but it was something along those lines). I was surprised that the school would go so far as to invade our privacy. I saw it as a breach of their authority. At that instant I felt a spark. It was as if my soul downed a triple shot of espresso. I found a connection to the people that I felt alienated from. I realized that there are agencies, corporations, and entities that seek to claim illegitimate authority over our lives so that they can take control of groups of people so that they can keep and grow their influence over us and restrict us in ways that aren’t obvious to us.

After learning of the new school policy, I did something that I never did willingly, I did research. I came across a Supreme Court case where the Supreme Court recognized that students have a right to privacy, albeit a slightly limited one. The Supreme Court ruled that the 4th Amendment’s prohibition against unreasonable searches and seizures of students by school officials. This was the day that I found out that I wanted to become an attorney. It didn’t even register that I had learning disabilities. The only thing that concerned me was the fight that burned within me hotter than napalm.

I decided to go to college, and I became a client of the California Department of Rehabilitation to help me pay for my schooling, but I was working part time and they required me to go to school full time. I ran into the same problems that limited me in high school. Only this time I cared, and I finally had a purpose in life that I was working towards. Even with the resources available to me through Disabled Students Programs and Services (DSPS) I was not doing well. I was burning out before I even started my long road to law school. But it didn’t look like law school would happen for me because my grades were below average. My disability became the weight that was downing me. I was put on academic probation and I got the Department of Rehab to allow me to lighten my class load, but my self-esteem was still sinking.

Then my dad got a job at Long Beach City College and learned about a program by the name of College 2 Career or C2C. It’s a specialized program that provides special educational support for college students with disabilities. I did not want to do it because I wanted to be as independent as I could, and I did not feel safe with a change that big. But I was talked into it and I was shown a whole universe of opportunity and I was given an environment that would allow me to learn and prepare for my classes in ways that suited me. I transferred to Long Beach City College with a GPA that haunts me like a bad haircut but C2C provided me with the opportunity and the skills to rise to my full potential relative to my effort. I put in a lot of effort at my last college, but it never seemed like enough.

C2C has Educational Coaches that have experience and passion for motivating and growing students with disabilities into successful scholars. Almost instantly I began to produce grades that landed me on the Dean’s List, and I was even awarded a few scholarships. I was proud of myself. I started to see law school in my future again. I discovered more about myself in four three years with C2C than I did with 12 years of doing things on my own. I even developed a standard for myself so high that I always believe that I can do better when scrutinizing my own work. I have persevered through tragedy and loss and I am a stronger person than I ever thought would be possible. I am currently working as a legal assistant at an immigration law firm in Irvine.

With the help and guidance of C2C I have tasted so much success. I have made my high school self very proud. My eyes open wider every day and I see more and more of what is possible for me with each breath. I want to succeed more than I want to breathe. We are all limited by ourselves is some way or another. We are hostages in our own minds. We, and we alone, have the ability to free ourselves from our own bondage and achieve what we though were impossible.