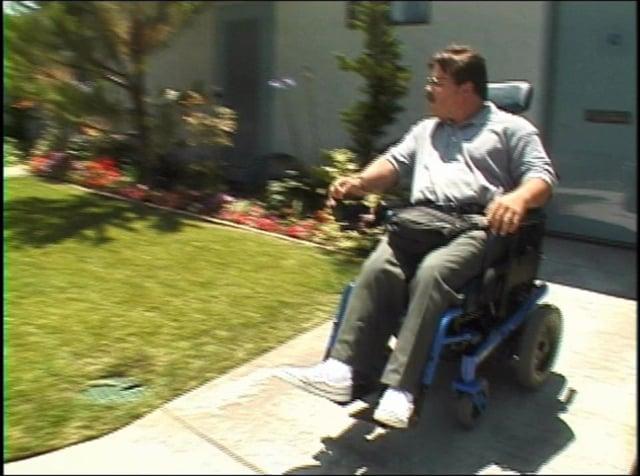 John lives in his own apartment, which was specially designed to accommodate people with physical disabilities. He has a diagnosis of Cerebral Palsy, Spastic Diplegic type. He is unable to use his legs, and uses both manual and electric wheelchairs to get around, at home and in the community.

Throughout his childhood he had physical therapy and many surgeries, on his hips, back of his legs, feet, and heel cords, with his last surgery occurring at the age of seventeen. He manages his own medical care, and self-administers his medications for muscle spasms and inflammation of joints related to Cerebral Palsy.

Because he needs personal assistance with bathing, grooming, dressing, shopping, cooking, and household chores, he receives In Home Supportive Services (IHSS) benefits. He uses these funds to hire a personal attendant who helps him with all of these daily living tasks. He has helped Harbor Regional Center to train others with developmental disabilities on how to utilize IHSS services and how to work with a personal attendant. He manages his own money, and is his own payee for Social Security and Supplemental Security Income benefits, for self-support.

John graduated from Aviation High School where he attended classes for students with Orthopedic Handicaps. He has also attended El Camino Community College. He has volunteered for many years as a member of committees, and served on the Board of Trustees for the Harbor Developmental Disabilities Foundation, which administers the Harbor Regional Center for people with developmental disabilities. He has served as an officer of the Board and as Chair of the Client Advisory and Client Services Committee.