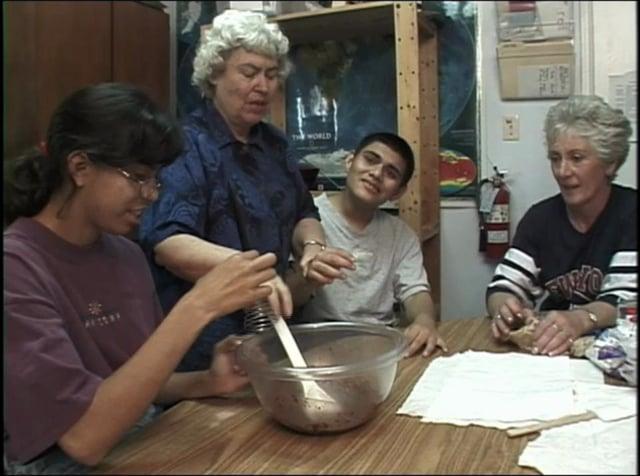 Joseph lives with three other young men and their caregivers, in a licensed home for children and adolescents with severe developmental disabilities and very challenging behaviors. When he was young, his mother noticed that Joseph did not make eye contact, or reach typical developmental milestones. She sought an assessment, which confirmed that he had developmental disabilities in the severe range. Joseph has multiple diagnoses of severe Intellectual Disability and Autism, and he is non-verbal. He is totally dependent upon others to meet all of his basic needs.

Due to his severe behavioral challenges, his mother sought help in obtaining a 24 hour residential care setting for Joseph when he was in his early teens. The home where he lives provides him with continuous care, supervision and training and also specializes in dealing with very challenging behaviors. Joseph also attends a special education program during the day.

Joseph’s continuing severe challenges include self-abusive behaviors. He attempts to stimulate himself by continuously hitting his head against walls, furniture, or his hands. His caregivers supervise him closely during all waking hours, to redirect his activity to positive, non-abusive alternatives, and to prevent him from injuring himself. Through coordinated training efforts at school and in his licensed home, Joseph has reduced some of his even more severe behaviors, such as tantrums in which he would throw himself to the ground wherever he happened to be, and bang his head against the floor. He is now able to go into public places with close supervision and reassurance, and can be calmed and redirected so that his anxiety and frustration does not escalate to that level.

He is learning to increasingly participate in very basic self-help, recreational, and interpersonal activities, such as dressing and feeding himself, getting a drink, or tossing a ball back and forth for short periods of time.