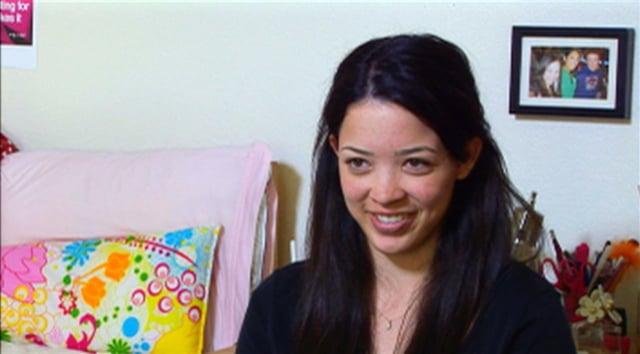 Kelly, who has Cerebral Palsy, starred in the Harbor Regional Center video, Kelly at Age 13. We return to find Kelly successfully attending Chapman College, living in the dorm, and enjoying college life with supports that the college provides for students with disabilities.

Kelly’s mom, Valerie, talks about how far Kelly has come since she was a baby with cerebral palsy and developmental delays, after having received physical therapy and undergone numerous surgeries throughout her life. She also shares how the family supported her success and offers suggestions for other parents.

As Kelly grew older, it became clear that she was as intellectually gifted as her siblings. Her dream has always been to travel the world. Since this video was taken, Kelly has graduated from Chapman College, and is now atending graduate school abroad at the London School of Economics.