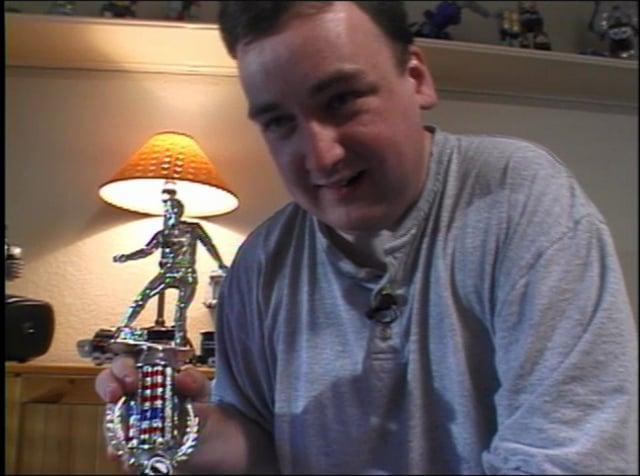 Matthew enjoys living with his parents. He has Epilepsy, Intellectual Disability, and mild Cerebral Palsy.

His seizures occur at night when he is asleep, and cause him to awaken, stiffen on one side, and shake on the other side. He takes medications to control his seizure disorder. His family was concerned about toxic effects of some medications, but Matthew was recently begun on a successful course with a newer, non-toxic seizure medication. Though his Cerebral Palsy caused significant weakness in the lower part of his body and his left hand when he was very young, it affects him minimally at present.

His intellectual disability is in the mild to moderate range, and he has adaptive skills comparable to a person between eight and ten years of age. He is able to make simple foods for himself like toast, cereal, sandwiches, and microwave meals. He assists with keeping his own room clean, and with general household chores. Because he needs personal assistance with other areas of daily living, he receives In Home Supportive Services (IHSS) benefits. He can stay at home alone for brief periods of time, and can make short trips on his own to stores close to his home, where store personnel are well acquainted and helpful with Matthew.

After graduating from San Pedro High School, Matthew tried out a couple of different community-based day activities for adults with developmental disabilities. He enjoys his current work activity with ARC Southwest Industries, where he does assembly work for about six hours per day, five days a week. He is a cooperative worker and has many friends. He has a playful approach to his relationships in general, so his vocational training includes helping him to refrain from teasing with his coworkers and supervisors, while working.