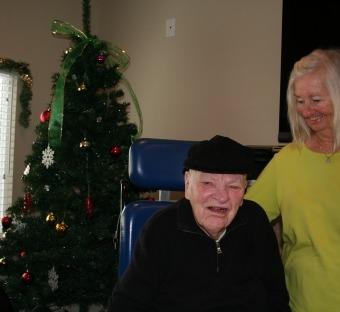 What a different world it was when Sam was born 88 years ago in February of 1925. At that time, Sam was described as a child Sam as “incorrigible” and “a neighborhood menace.” This was a time when most medical professionals recommended committing someone with a disability to a developmental center, so when Sam was 13 years old the family made the decision to admit Sam to Pacific State Hospital, which is now Lanterman Developmental Center, in Pomona. At that time, Sam was diagnosed as a “low imbecile” and housed in Ward 103. In 1959 when Sam was 34 years old, he was transferred to Fairview, a new developmental center in Costa Mesa. At the time, both of these centers housed over 1200 people with various developmental disabilities.